Cock-A-Voodoo-Doo and Other Twisted Love Stories 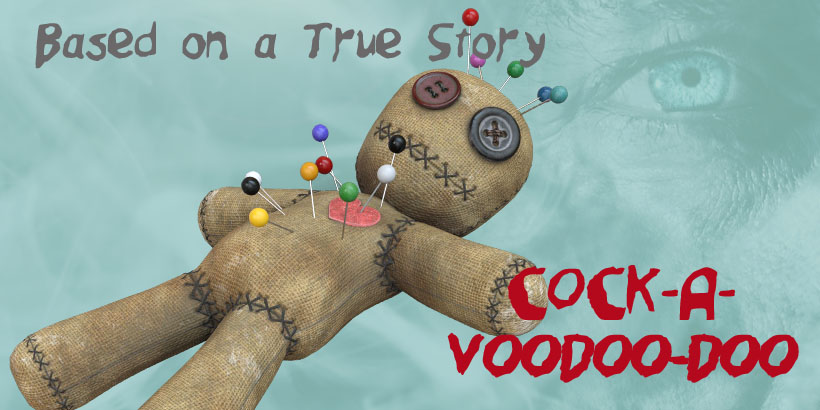 Based on a true story which took place during 1970, in an Irish Catholic household in North London. Never discussed after the sorry shambles unfolded, and only referred to by the family involved as ‘the Christmas incident’, the events of that time had a profound impact on a young and innocent boy whose interests were previously limited to football, fishing and building box carts out of spare planks and pram wheels!

Now, Peter Caffrey lifts the lid on his own personal Pandora’s box and tells the full story of Marlene, Pastor Reginald, and the ungodly incidents which warped his young and innocent mind.

No names have been changed, because there are no innocent parties.

The story includes an in-depth Author’s Note to help set the scene for the children of the modern age, who believe the world has always been filled with shoe shops, on-demand streaming content, and gluten-free muffins.

Dave loved Susan. He really loved Susan. Nothing made him happier than when she agreed to marry him. As he set off to Bangkok on his stag party, he promised her one thing: he’d avoid the go-go bars. However, when the other stags insisted on visiting a pussy show, Dave ended up being dragged to the Dolls’ House.

Dolls’ House Diabolic is the story of one man’s battle with the biggest demons: his own guilt and shame. Will Dave and Susan live happily ever after, or will one random act of fate forever condemn their future?

The Perils of Dating Celine

After watching a TV Chef’s hour-long special on all things pasta, the urge to purchase a pasta machine becomes all encompassing for Terry. After tracking down a second-hand one on-line, he makes the purchase, and when the machine arrives it includes a note from the mysterious Celine.

There’s something about her note which he finds intriguing, and after fantasising about contacting her, he bites the bullet and makes the call. When they finally meet, all he knows about Celine is that she loves pasta, and she has a mysterious disfigurement.

The Perils of Dating Celine is a modern-day love story; a glimpse into what could happen if people put aside concerns about random interactions with strangers, and simply followed their hearts.

Available as paperback and Ebook